Today I want to show you my new planter that's acting as my mini garden. 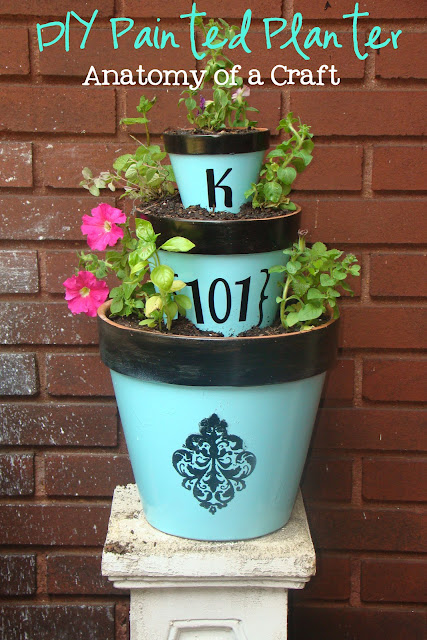 Last time I was at my parents, it was my mom's birthday. But instead of me giving her lots of presents, she ended up giving me a bunch of stuff. Including some of her herbs and petunias. Which I was super excited about. I knew I needed something to plant them in (since I have no yard) and wanted to get creative with it. So I took my happy butt to Wal-Mart to get planters. I ended up with 5", 8.5", and 14" clay pots. 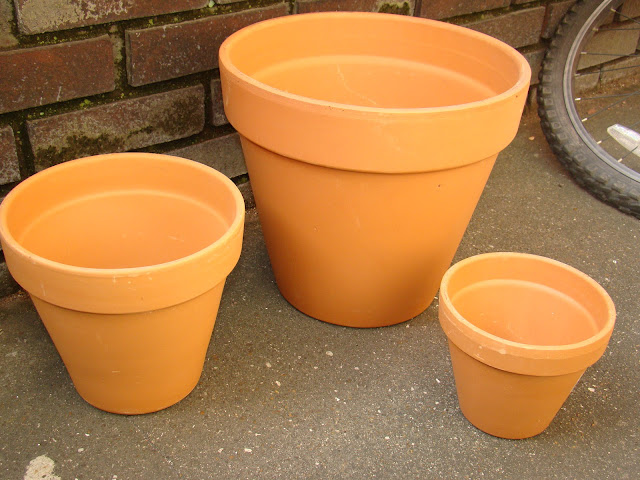 I had really wanted to paint them first, but I had to plant what she gave me or it was going to end up dying. This is how it looked to begin with. 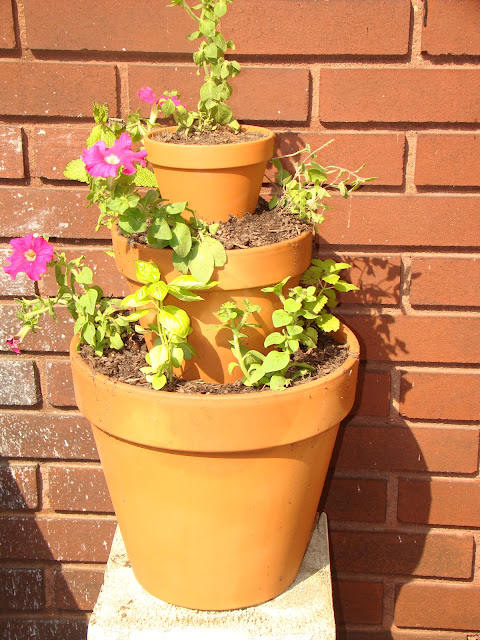 Once I had some time to paint them, I began by spray painting the bottom of each one. 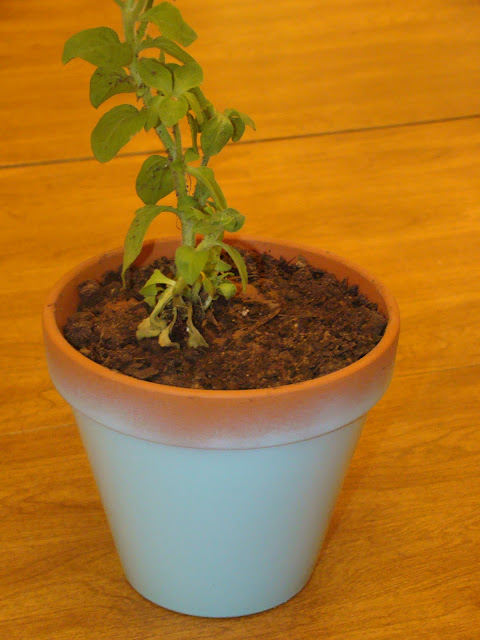 Then I painted the tops with some black acrylic paint. To personalize it a little, I decided to cut some black vinyl to add to each of the pots. I used a K for the top (the initial of my future last name), a 101 for our future apartment number, and I used a damask stencil for the bottom pot to make it a little prettier. 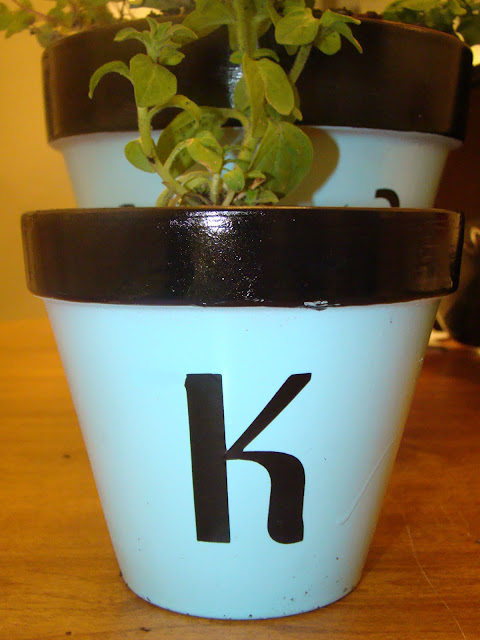 The stencil and I got in a fight, so it doesn't look its best. But, I decided I didn't really care since it was going to be sitting outside and getting rained on anyways. 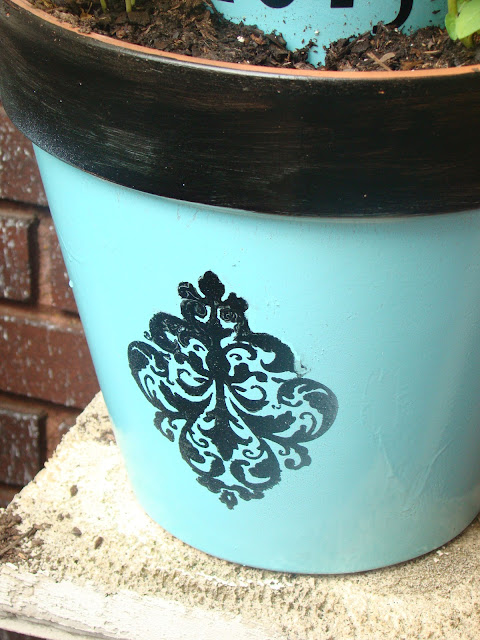 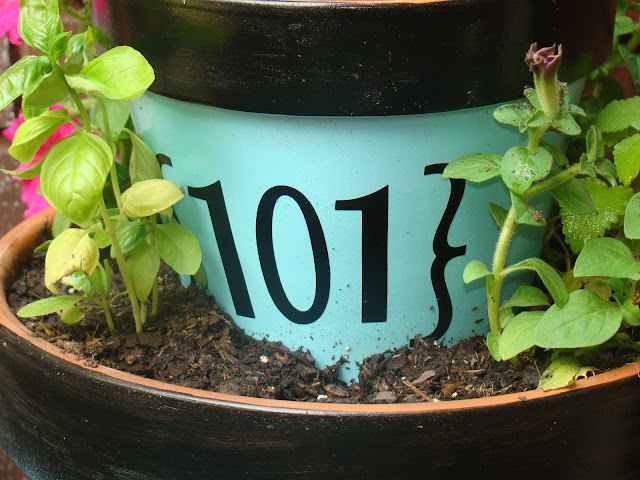 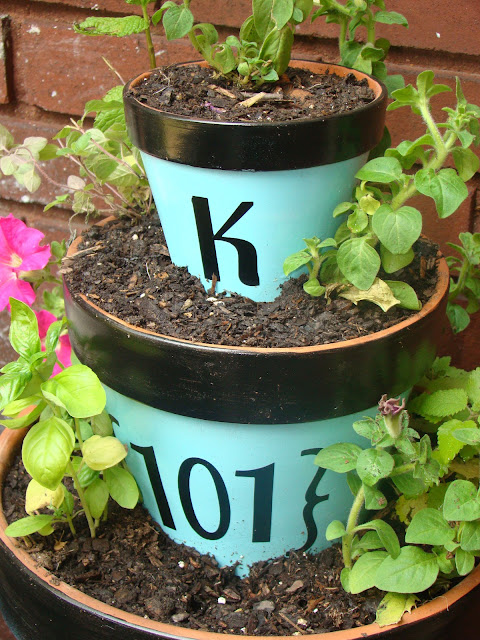 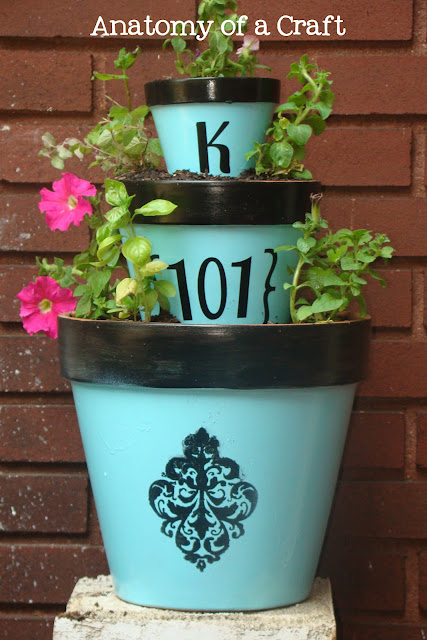 What do you think?
Hope everyone's having a great weekend!

Kayla
I am a second year medical student with a love of science, modpodge, making cupcakes, scrapbooking, my cricut, wood crafting, shoes, chocolate, running, and pinterest. This blog is to help me keep a balance between school and that which keeps me sane, crafting. :)

Blogs I Link To